The Most Iconic T-Shirts of All Time 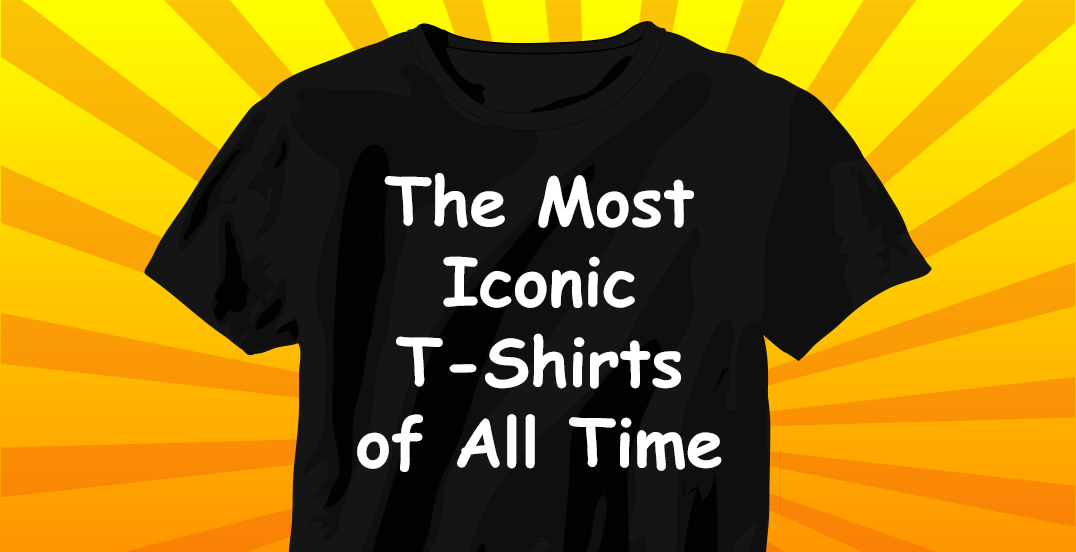 With new t-shirt designs coming out every minute, sometimes it is nice to sit back and think about where the whole thing started. Some of our most recognizable and beloved shirts can be forgotten about with the new ones that saturate the market. Well, not to worry. Here are the most iconic t-shirts of all time. So, sit back and take a stroll down memory lane.

Why don’t we start out with the most basic t-shirt of them all? Even though t-shirts today are widely popular, before the 1950s they were just known as under garments. Then along comes James Dean in the 1955 classic Rebel Without a Cause. He wore the iconic white t-shirt and leather jacket, and turned it into a fashion statement. Soon, white t-shirts were everywhere, and a lot of people cite him for turning the t-shirt into an American fashion staple.

The iconic four letter logo with the bold lightning bolt is a visually captivating and worldwide recognized symbol for one of the most well-known bands in the world. The Rock and Roll Hall of Fame band’s iconic t-shirt has potentially become more popular than they have.

Just Do it – Nike

While the inspiration for the iconic shirt might not be as motivating as the shirt itself, this slogan has become internationally known and famous. Nike’s advertising executive Dan Wieden, who came up with the slogan, credits his inspiration for the campaign from the final words of Gary Gilmore before his 1977 firing squad execution. 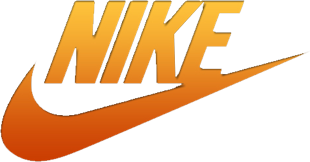 Napoleon Dynamite was one of the biggest movies of the 2000s. The quirky, nerdy film was a huge hit and quickly acquired a cult following after its release. The Vote for Pedro shirt became one of the most instantly recognizable shirts after having been introduced in the movie. Pedro, a quiet Mexican immigrant kid, is running for high school student body president, and, as part of his campaign, he distributes the iconic shirts. It is a white shirt, with Vote for Pedro printed across the front. After the movie, it quickly became iconic and immensely popular.

Today, our fascination with the Mafia is still running high. We can thank Francis Ford Coppola and The Godfather for that. The American crime film won three Oscars and was one of the highest grossing films. It is widely regarded as one of the greatest films in world cinema, and it is preserved in the United States National Film Registry. As popular as it was in 1972, it is still just as popular today, and the shirt bearing the movie logo is the same.

Keep Calm and Carry On

Keep Calm and Carry On started out as a motivational poster produced by the British government in 1939 in preparation for WWII. The poster was designed in hopes of raising the morale of the British public and, even though 2.45 million copies were printed, the poster was hardly ever publicly displayed and didn’t gain attention until it was rediscovered in 2000. It quickly became a huge phenomenon and can be found on t-shirts everywhere

In 2011, rapper Drake planned to release a joint mixtape title YOLO along with Rick Ross. In order to promote the mixtape, and to get the acronym talked about, Drake started mentioning YOLO prominently on several tracks. Drake’s use of the word elevated it into common use. The mantra was even nominated for 2012 Word of the Year by the American Dialect Society. Now you can find the it on t-shirts all over the country and world.

You don’t get much more 80s than Rainbow Brite. The adorable figure was the star of a popular psychedelic cartoon, which featured talking rainbow horses. The t-shirt version of Rainbow Brite seemed to gain more popularity from an ironic teen reference than the actual fandom of the show. Our tie-dye shirts are similar to these iconic shirts.

Speaking of iconic shirts from television cartoons … who wouldn’t want a shirt with Leonardo, Michelangelo, Donatello, and Raphael on it? The Teenage Mutant Ninja Turtles were originally a comic book series, but gained huge popularity in the late 80s and early 90s when they expanded into the cartoon series.

This is the green shirt that you pull out every year for St. Patrick’s Day and wear with pride. The Kiss Me I’m Irish shirt became widely popular among Irishmen and women, and even spawned numerous copycats from other nationalities, although none quite as successful.

Rock the Vote is a non-profit organization that started its campaign for the 1992 Presidential Election between Bill Clinton and George H. Bush. It was geared toward increasing young voter turnout among voters 18-24. It’s known for its partnership with MTV, and has had a huge impact on young voters.

Who doesn’t love Alvin and the Chipmunks? Alvin and the Chipmunks have been around since the 1950s and, over the years, have become one of the most popular animated series of all time, spanning several television seasons and multiple movies. The star of the show, Alvin was named one of the top 50 best cartoon characters of all time in 2002. He is easily recognizable in his red shirt with a giant A on it. Sometimes Alvin is shown in a t-shirt and other times he is shown in a red hoodie or sweater, but, regardless of which type of shirt it is, the red shirt with the yellow A has become synonymous with the chipmunk. The shirt is easily recognizable as belonging to Alvin, and has become something of a cult classic.

Charlie Brown is one of the greatest American cartoon characters of all time. He is ranked 8th on TV Guide’s 50 Greatest Cartoon Characters of All Time, and is beloved by all. One of the defining characteristics of the Peanut’s character is his yellow shirt with the singular brown chevron stripe. It became a very popular and iconic symbol of the character and is easily recognizable by all.

Whoever created the iconic I’m With Stupid shirt was undeniably a genius. The shirt, which tries to make fun of your friends, family, or complete strangers is bound to elicit a laugh or two at their expense.

Rock the Vote is a non-profit organization that started its campaign for the 1992 Presidential Election between Bill Clinton and George H. Bush. It was geared toward increasing young voter turnout among voters 18-24. It’s known for its partnership with MTV, and has had a huge impact on young voters.

Another cult classic movie, Animal House might even be considered the original cult classic. While that might be up for debate, Animal House is considered one of the greatest comedy films ever made and, in 2001, the United States Library of Congress deemed the movie “culturally, historically or aesthetically significant,” and it was selected for preservation in the National Film Registry. It has been selected numerous times as one of the funniest movies, and in 2008 it was selected as one of the 500 greatest movies of all time.
In what would be his breakout performance, John Belushi starred in the film as John “Bluto” Blutarksy. He made his blue “college” sweatshirt the most legendary sweatshirt known to man. While not necessary a t-shirt, the college sweatshirt is one of the most iconic pieces from American cinema. Today you can get the legendary shirt in either a sweatshirt or t-shirt. 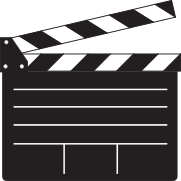 The Flash is another Marvel character that has gained a huge popularity. His uniform is a red suit with a lightning bolt on it, which is what the t-shirt shows as well. In recent years, this t-shirt has become popular even with people who never read the comic, thanks in part to the movie releases by Marvel.

Captain America is a fictional superhero who appears in Marvel Comics. His indestructible shield is perhaps his most famous accessory. It has a lone white star with a blue bulls eye and red and white rings. And that’s what his famous t-shirt is modeled after. The t-shirt is one of the most powerful patriotic expressions among young people.

The Flash is another Marvel character that has gained a huge popularity. His uniform is a red suit with a lightning bolt on it, which is what the t-shirt shows as well. In recent years, this t-shirt has become popular even with people who never read the comic, thanks in part to the movie releases by Marvel.

Hello Kitty is a fictional character from Japan that launched in 1976 and turned into a 5-billion-dollar media empire. Over the past few decades, the brand has gone global with their apparel, which is a huge part of their success. Strange part about Hello Kitty? Even though the name would have you to believe she is a cat, she is actually a third grade girl. Even weirder … she is British and lives outside London.

The Max – Saved By The Bell

Saved by the Bell was one of the most popular television shows in the early 1990s. The show was one of the highest rated shows during its run and, after it ended, AOL TV named it one of the “20 Best School Shows of All Time.” The show focused on a group of friends in high school and followed their exploits.

One of the more popular places in the series was The Max, a local restaurant hangout for the group. While most television restaurants are filmed using a soundstage, the Max was a fully functional restaurant in Los Angeles. During the series, the employees of the Max wore a red t-shirt with “The Max” printed across the chest. Due to the extreme popularity of the TV show, the t-shirt became immensely popular, and it is very synonymous with the show and its beloved characters.

Of course, Beatle Mania crossed over into the t-shirt industry. The Beatles final album cover for Abbey Road shows the four of them crossing the road outside EMI Studios on Abbey Road. This image of the Beatles on the crossing has become one of the most famous pictures of the last century, and, of course, it was printed on t-shirts for sale.

In the 1930s, the University of Southern California created a undershirt for their football players to help prevent chaffing from their pads and to absorb moisture. Unfortunately for the university, they gained popularity around the campus, and they had to stencil “Property of USC” across the shirts to prevent theft. Naturally, this only increased the shirt’s status. Decades later, “Property of …” shirts are widely popular with colleges and universities across the nation. 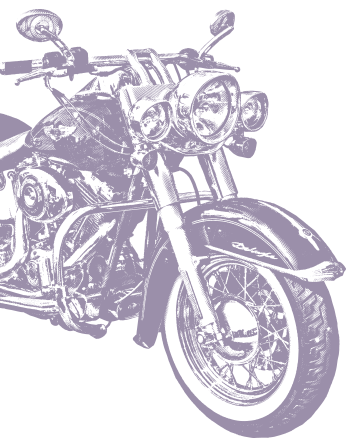 Regardless of whether or not you own a Harley, wearing their iconic t-shirt is totally acceptable. The shirt has gained popularity along with the motorcycles. The shirts give off a cool “Hell’s Angels” kind of feel that is accessible to everyone.

In theory, Planet Hollywood seems like a huge success, right? It’s the Hard Rock of the movie business backed by the Hollywood elite. Unfortunately, Planet Hollywood didn’t have the success most thought it would and over 100 locations have closed. Currently, there are only 3 left in the United States. But, hey, on the bright side, it makes their iconic t-shirt that much more desirable.

Another one of the world’s most visible and well-known brands, Coca Cola is not only cashing in from making everyone’s favorite drinks, but from their shirts as well.

If you happen to have an original Woodstock Festival t-shirt, you need to hold onto it for dear life.
The originals of this iconic t-shirts are extremely rare and valuable. If you don’t have an original, don’t
fret. You can get a replicate that is just as good. The Woodstock Festival t-shirt design shows exactly
what the spirit of the festival and time was all about: peace, love, and music.