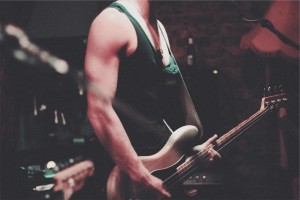 1. The t-shirt is an evolution of long underwear, or union suits. These were popular in the early 19th century, and people began separating them to make what we now know as the t-shirt.

2. While it might seem like common sense, once you think about it, most people don’t know that the t-shirt is named after the letter T that the shirt makes when unfolded.

3. In the 1920s, T-shirt became an official American-English word in the Merriam-Webster’s Dictionary.

4. In 1939, the first promotional t-shirt was printed for the movie, The Wizard of Oz.

5. For you guys, the first wet t-shirt contest was held in Spain sometime around the 1940s.

6. Up until the 1950s, t-shirts were not that popular. They were mainly considered to be an undergarment. Then along comes Marlon Brando and James Dean in movies like A Streetcar Named Desire and, suddenly, the t-shirt became a popular staple in our society.

7. In 1959, a more durable and stretchable ink called Plastisol was invented. This new type of ink allowed for much more variety in designs. This allowed for the t-shirt industry to turn into the money maker that it is today.

8. In the 1960s, t-shirts got even more of boost when rock and roll bands and professional sports teams started to print on t-shirts to sell. These shirts quickly became part of mainstream fashion, and some of those t-shirts are still popular today.

9. If you want to talk of the money aspect, the cotton industry—the main t-shirt fabric—generates over $25 billion a year. To put that into perspective for you, the jewelry industry brings in about $7 billion, and the music industry is about $3 billion.

10. The record for the most expensive t-shirt in the world goes to the French luxury clothing house, Hermes. The crocodile leather shirt costs a whopping $91,500.

11. Cotton, which is what most t-shirt are made of, will absorb over 20 times its own weight from water, and it is actually stronger when it is wet than when it is dry.

12. The other popular fabric for t-shirts is polyester fiber. When you knit this alone, or together with cotton, you get a jersey stitch, which results in a soft, comfortable, lightweight texture for the shirt.

13. China leads the world in cotton production. While the United States produces only 12.4 million bales of cotton a year, China produces 32 million, earning them the top spot among countries.

14. Speaking of cotton production in the United States, there are 35,000 cotton farms in the U.S. and 95% of it is grown in Alabama, Arkansas, Arizona, California, Georgia, Louisiana, Mississippi, Missouri, New Mexico, North Carolina, Oklahoma, South Carolina, Tennessee, and Texas.

15. It takes 6 miles of yarn to make one t-shirt, but it only takes 1 acre of cotton to yield over a thousand t-shirts.

17. 91% of Americans say that they have a favorite t-shirt in their wardrobe.

20. Several million t-shirts are donated to the Salvation Army each year. These are auctioned off by the pound and shipped off to third world countries.