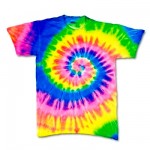 The term "tie-dye" first appeared in the United States during the 1960's.  Hippies, who were protesting the Vietnam War and promoting peace and love, began wearing clothing with vibrant colors and psychedelic designs.  This clothing is called tie-dye.   Tie-Dye T-Shirts and dresses were a symbol 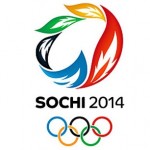 The 2014 Winter Olympic Games will be held in Sochi, Russia which will be the first time that the Russian Federation will have hosted the Winter Games.  The Soviet Union previously hosted the 1980 Summer Games in Moscow.  The Games will be organized in two clusters: a coastal cluster for ice event