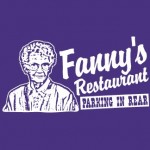 Everyone Loves a Cool Restaurant T-Shirt

Have you ever been at a restaurant and had a hard time figuring out who the staff is and who’s not?  I know I have! Staff t-shirts are a staple for any restaurant.  Your restaurant t-shirts should include your information, logo and even a funny catch phrase.  Not only are they a comfortable, professional looking uniform for your employees but it definitely helps your patrons know who the staff is as well as helps them remember your restaurant even more.  Who doesn’t remember one of their... [ read more ] 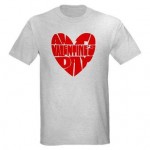 With Valentine’s Day right around the corner love is definitely in the air here at The Adair Group.  February 14th, 2012 is fast approaching so there is no better time than now to talk about this day of love.  Valentine’s Day isn’t all about flowers, candy and expensive dinners.  It has a historical background too.  Although it is sometimes debated, Valentine’s Day definitely links back to a Catholic saint named St. Valentine.  Valentine’s Day is a church sanctioned holiday as Pop... [ read more ] 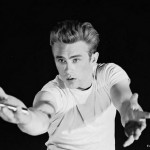 Ever wondered how the t-shirt came about?  I know I have always been curious so I did some research and here’s what I found.  The t-shirt evolved from undergarments used in the 19th century by cutting one-piece underwear into separate top and bottom garments.  Later on it was coined the name “t-shirt” due to the shape of the garment’s outline.  The beginning of the t-shirt can really be credited to the U.S. Navy.  The U.S. Navy issued crew-necked, short-sleeved, white cotton undersh... [ read more ] 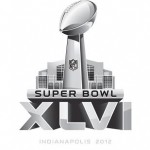 It's that time of year again, Superbowl time!  This year, my beloved Atlanta Falcons did not make it, but I am still eager to watch the game.  Super Bowl XLVI will be between the AFC champion New England Patriotss and the NFC champion New York Giants to decide the National Football League  (NFL) champion for the 2011 season. It will be the 42nd annual championship game of the modern-era NFL and is scheduled to be played Sunday, February 5, 2012, at Lucas Oil Stadiumm in Indianapolis, Indiana.... [ read more ] 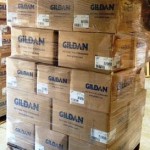 How many bulk wholesale t-shirts fit on a pallet?

How many bulk wholesale t-shirts can you fit on a standard 48 X 40 foot pallet?  This is a question that we get asked a lot here at The Adair Group!!  The answer is.........it depends on what type of t-shirts.  Adult short sleeve t-shirts are the most popular.  You can fit approximately 30 cartons on a pallet.  Most standard cartons contain 72 t-shirts, so the answer is 2,160 t-shirts.  Adult long sleeve t-shirts contain more fabric, and therefore take up more space on a pallet.  You can ... [ read more ]

Get Your Mardi Gras T-Shirts!

It's almost that time of year again.......Mardi Gras!!! The term "Mardi Gras" refers  to events of the carnival celebrations, beginning on or after Epiphany and culminating on the day before Ash Wednesday.   Mardi Gras is French for Fat Tuesday, referring to the practice of the last night of eating richer, fatty foods before the ritual fasting of the Lenten season, which begins on Ash Wednesday.  In many areas, the term "Mardi Gras" has come to mean the whole period of activity related t... [ read more ] 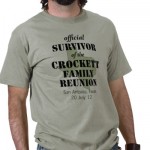 Family reunions are a perfect way to vacation and spend that much needed quality time reconnecting with relatives who live far away.  Sometimes they can be difficult to organize because of everyone’s schedules and distances apart.  It is best to plan as far in advance as possible so as many family members as possible can make it to the reunion. This way you can get a head count as to know how many bulk t-shirts are needed for your family reunion. A great idea is to create a website for yo... [ read more ] 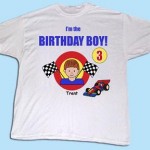 Birthday T-Shirts Are Easy and Fun!

What better day to talk about birthday t-shirts than on your birthday?! Today is MY birthday and I love thinking about the heartfelt gift I received from my two young daughters. They designed a t-shirt just for me for my birthday! As you can imagine, I was thrilled when I saw what my daughters had created. What a wonderful idea for a gift! I especially love that I get to hold onto one on my babies’ creations for a lifetime rather than a day. I loved my birthday shirt so much that ... [ read more ] 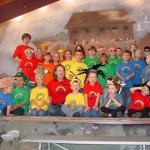 School plays and musicals have always been a part of a student’s life. These fun events are adventurous and exciting for both students and their audiences. Getting bulk kids t-shirts is a great starting point when planning these types of events. The cast members need shirts to wear during their rehearsals as well as the final event. T-shirts may be used in many different ways for school plays. Some schools opt to use the kids t-shirts blank, others allow students to design the shirts, and othe... [ read more ] 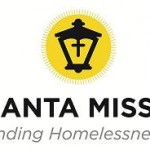 Bulk T-Shirts for the Homeless

The holidays are always a great time to remember those less fortunate than ourselves.  In a season where we receive, it is just as important to give back.  And nothing makes you feel better than giving to those less fortunate.  An organization in our area that does a great job with this is the Atlanta Mission.    Established in 1938, the mission provides emergency shelter, job attainment, and transitional housing to more than 950 homeless men, women and children daily.  That is an amazing... [ read more ]