What’s in a Name? Would a Rose of Any Other Hue Smell as Sweet? 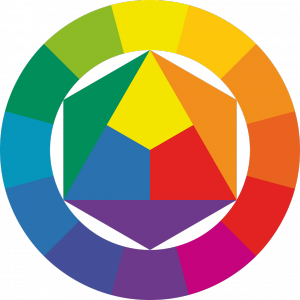 How would the world feel without color? Would it be flat like Pleasantville where, when all the colors bleed away, the spark and emotion that make life engaging go with it? Thankfully, for the last several thousand years, people have been deliberately and permanently adding to the kaleidoscope of colors in the world. Namely, by dyeing fabrics.

Our first record of textile dyeing is in 2600 BCE. However, the first big way in which color came into play was with Roman royalty—naturally. Who else would even have had the money in ancient times to invest in playing with something as trivial as the color of their clothes? After much experimentation, the color that was chosen to represent this elite group of people turned out to be purple. This was not just any purple, however, but a purple made out of Murex shells that were literally worth their weight in gold. Talk about exclusive fashion!

For hundreds of years after that, shades of blues, purples, and tawny yellows were then the only color options. Then, in the 12th century, Brazilwood was discovered. Brazilwood made a vivid red dye and was cheap and exportable. Due to its popularity, red became the luxury dye of the Middle Ages, just as purple was the color that exuded wealth in ancient times. Red was so esteemed in the tastes of that age, that in 1464, Pope Paul II introduced “Cardinals’ Purple.” This color was, in effect, scarlet, but was so successfully popular that it is still the accepted color of cardinals’ garb.

By the mid-18th century, there were many regulations in the textile and dyeing industry serving to promote this artisanal vocation. These laws served on the one hand to bolster the dyeing industry, but, on the other hand, to frustrate the consumers who were prohibited certain products. Think: the great-great-great-great grandfather of today’s unions.

With all this regulation, naturally creativity came into play in an attempt to widen the colors and patterns available to the public. One of the wildest additions that became a popular dye in the Victorian Era was arsenic. This particular hue of green was referred to as “poison green.”  The lovingly termed color fit in fashionably with the French haute couture scene. In high fashion, the French were fond of naming a season’s in colors in ways that made them new. Think shell pink, charcoal, and vert de l’eau. Unfortunately for the enthusiasts of “poison green,” it was not just a cute name, but a warning to stay far, far away, since this color would do more than just ruin your complexion.

The methods in which colors are created have evolved over the centuries. From rudimentary techniques like grinding up stones and insects for pigments, modern techniques have created synthetic dyes, which can be created in any color permutation imaginable. Although technological capabilities have advanced tremendously, don’t discount the allure of natural pigments. There are two camps to which color enthusiasts belong. One that touts the superiority of natural dyes, and the other that sings the praises of the diversity offered by synthetic colors.

Today, 90 percent of fabrics are dyed synthetically. The craze for synthetic dyeing was set off by William Perkin, who was actually a teenage scientist looking for a cure for malaria. When working on his experiments, he accidently stumbled onto the color mauve. This discovery of a synthetic color opened a new door in the world of colored fabrics. One where any color imaginable could be made artificially, and which would reliably set into fabrics without worrying about bleeding or fading.

Natural dyes should not be discounted, though! They offer both the consistency and reliability of synthetic dyes, as well as a softer, more sensual color experience on fabric. The five classic natural dyestuffs are indigo, madder, cochineal, weld, and cutch. These five colors can be combined to create almost any color on the color wheel, with the exception of fluorescents.

See? Colors are so much more complicated than you thought. Now the trick is to use this color theory to find a color that suits you!

Don’t yet have an opinion on which colors suit you? A fun way to figure it out is to order shirts in a style that suits you, in an assortment of colors. This way, you aren’t influenced by different styles and can instead focus on how you look wearing a particular color. See what kind of reaction you get from other people when you’re wearing different colors. If you still can’t figure it out, you could always hire a fashion consultant and get a color analysis.